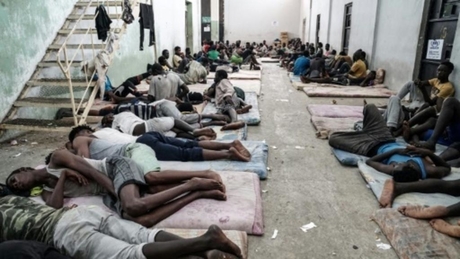 A 27-year old man from Guinea and two Egyptians, aged 24 and 26, were taken into custody in a detention centre in Messina in Sicily after police gathered testimony against them from other migrants.

The witnesses said the three had run a prisoners' camp in Zawyia in Libya, where those ready to attempt the perilous Mediterranean crossing were forcibly held until they could pay a ransom.

Those interviewed said they had been tortured and beaten and had seen other prisoners die, police said.

Libya, despite being wracked by chaos and conflict since the 2011 uprising that killed the dictator Moamer Kadhafi, has remained a major transit route for migrants, especially from sub-Saharan Africa.

According to figures from the International Organization for Migration in July, at least 5,200 people are currently trapped in official detention centres in Libya, often in appalling conditions.

There are no figures for the number of people held in illegal centres run by human traffickers, who brutally torture them to try to extort money from their families.