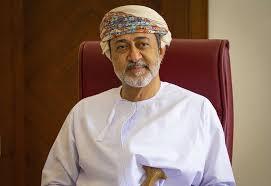 Oman's new royal ruler has promised to follow in the footsteps of his influential predecessor, but also looks set to launch the nation on a new phase in its development, analysts say.

Haitham bin Tariq, the long-serving culture minister, was sworn in on Saturday shortly after modern Oman's founding father was laid to rest.

Sultan Qaboos, who died on Friday at the age of 79, transformed the former Arabian Peninsula backwater into a modern nation with a staunch policy of neutrality and non-interference that won it respect in the region and beyond.

Haitham, a sports enthusiast, remains relatively unknown on the international stage but experts say that the 65-year-old who once served in Oman's foreign ministry is cut from the same diplomatic cloth as his cousin Sultan Qaboos.

Tall and with a neatly trimmed beard, observers describe him as calm and cultured, and giving every sign of ensuring continuity in Oman's role as a go-between among the Middle East's warring powers.

In his first speech as sultan, Haitham pledged to follow the non-interference policy that made the sultanate a vital regional mediator under Sultan Qaboos who reigned for half a century.

"We will follow the path of the late sultan," he said, dressed in the Omani royals' signature colored turban and gold-trimmed robes.

He expressed support for "our country's foreign policy of peaceful living among nations and peoples... and not interfering in the internal affairs of others, respecting nations' sovereignty and international cooperation".

And he said that under his reign, Oman would continue to "promote peaceful solutions" to regional and global crises.

Haitham has played a key role in managing major projects in his country, most notably in the fields of energy and tourism.

He was also the first head of Oman's football federation in the early 1980s.

As culture minister, he was the driving force behind the restoration of many historical monuments in Oman.

Since December 2013, he served as head of the committee for Oman's "Vision 2040", a roadmap for social and economic reform, designed to address problems like high unemployment rates and corruption.

Protests broke out in the usually calm sultanate in 2011, taking their cue from Arab Spring uprisings, prompting Sultan Qaboos to reshuffle his government and usher in reforms.

"The fact that Haitham had been entrusted with Oman Vision 2040 is also important," said Kristian Ulrichsen, a fellow at Rice University's Baker Institute in the United States.

"It is this long-range economic reform plan which will determine whether Oman succeeds in transitioning toward an eventual post-oil economy in the years and decades ahead," he told AFP.

The speed of the succession is also being interpreted as a sign that Haitham has the backing he will need to steer the country through turbulent times in the region.

Sultan Qaboos was unmarried and had no heir, meaning that the succession was decided in a meeting of the royal family who opted to open a sealed letter he had prepared, detailing his preference.

The new royal ruler however is married and has four children, two boys and two girls, according to Omani media.