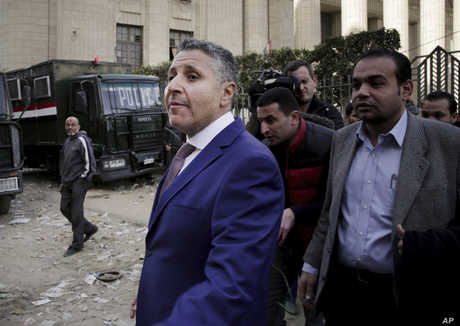 The interior ministry wrote on its Facebook page that those arrested were organizing to "undermine security and stability and stir chaos in the country... on the anniversary of January 25."

The ministry said that Turkey-based members of the Muslim Brotherhood organisation -- which Egypt outlawed following the 2013 military ouster of Islamist president Mohamed Morsi -- oversaw the plan.

The statement said the police made "a number" of arrests but an official in the ministry said six were detained.

The ministry said those arrested included members of the Hasm group -- believed to an armed splinter faction of the Brotherhood.

According to the ministry, Hasm were plotting to "target important figures and buildings as well as places of worship" on the uprising's anniversary.

The country has also been under a renewable state of emergency since the April 2017 bombings of two Coptic churches by an Islamic State group affiliate that killed more than 40 people.

Rights groups say the state of emergency coupled with an effective protest ban has allowed the government to crush dissent.