Lawsuit Filed against Man who Transmitted Coronavirus to Others 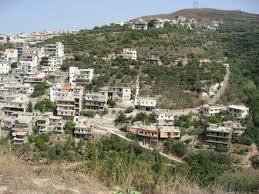 Akkar Governor Imad al-Labaki on Monday filed a lawsuit against a young coronavirus patient who infected several people after refusing to isolate himself.

“Akkar young man Y.F. did not abide by the instructions given to him by the health and medical sides that examined him, in terms of pledging to stay in preventative home isolation pending additional lab tests to confirm his infection with the COVID-19 virus,” the National News Agency said.

“He dishonored the pledge and mixed with a lot of his relatives in his town and in other regions after which tests revealed that he had the novel coronavirus and that he transmitted it to several people,” NNA added, noting that he was tested after being arrested by the Intelligence Branch of the Internal Security Forces.

His behavior “sparked a state of anxiousness in his town and among all those he mixed with and the municipality concerned did not commit to monitoring him and obliging him to stay in home isolation as required,” the agency said.

The governor filed a lawsuit against him on charges of spreading an infectious disease, NNA added, noting that the penalties range between a few months to three years in jail in addition to a fine.

Labaki also decided to refer the municipal chief to the Higher Disciplinary Commission, the Interior Ministry and the relevant judicial authorities over “his negligence and failure to carry out the missions he’s entrusted with under the law.”

Lebanon has so far confirmed 446 coronavirus cases among them 11 deaths.

The government has imposed a four-week lockdown, shuttering non-essential businesses, public administrations and educational institutions and the air, land and sea ports of entry.

It has also asked citizens to stay home unless it is urgent while imposing a night curfew.