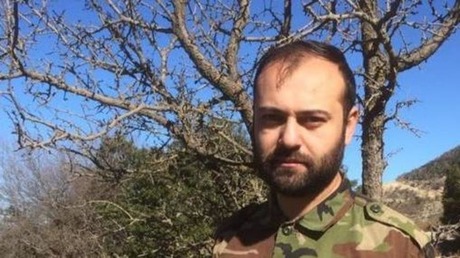 Unknown gunmen shot and stabbed to death a member of Hizbullah in southern Lebanon and an investigation has been launched, Lebanese security officials said Sunday.

The body of Ali Mohammed Younes was found next to his car Saturday evening near the southern town of Nabatiyeh, said two security officials. One of them said Younes was shot with four bullets in the chest and had at least two stab wounds.

The motive behind the killing was not immediately clear, the officials said. They spoke on condition of anonymity because they were not authorized to talk to the media.

Iran's semiofficial Fars news agency described Younes as a commander with the Iran-backed Hizbullah. It added that Younes was involved in anti-espionage missions.

Fars also posted a photo said to be of Younes in blue jeans and bloodied white shirt next to his car.

There was no official comment from Hizbullah on the killing. A source in the organization confirmed Younes was a member, but would not provide further details.

"Younes was shot with four bullets in the chest and had at least two stab wounds."

Why only four bullets?

This Iranian hezbollah terrorist and his two man-group were responsible for liquidating Antoine Hayek in his shop in Miyyeh w Miyyeh last week.

Today, he got what he deserved: 3 bullets in the head.

janoubi... That was my first thought, and I sincerely hope that you are right. Btw, does anobody had the link to the photo of this dead criminal?

The information is from close associates in his own village!

This gets better and better: Younes was a close associate of Qassem Soleimani, a commander of Iran’s elite Quds Force who was killed in a US airstrike in January

This was an inside job. He sold out Qassem Soleimani and they found out about and liquidated the rat...

Fars also posted a photo said to be of Younes in blue jeans and bloodied white shirt next to his car.
Tantamount to an admission of guilt. The only reason for the Iranian News Agency released a photo of this guy's dead body is to warn others like him against committing whatever crime they executed him for. Also releasing the post execution photo is a fate they usually reserve for spies and traitor. As of this minuted no mention of Younes in the al-manar website, no fanfare about martyr this or jihadi duty that.

janoubi
Your info seems to be correct. Naharnet said four shots to the chest, while you said three shots to the head. From the twitter above it seems more like the latter, while possibly stab wounds on the lower abdomen area.

Ali Mohammed Younis, who was in charge of tracking spies and collaborators, was killed by unknown people, Iran’s official Fars news agency reported."

He did not assassinate Hayek, he passed the info to others who executed the job.
If nasrallah goes on TV mourning him and lightening up the sky of Beirut then it was executed by the agents of the US embassy, otherwise if this assisination goes unnoticed then it was an internal job of HIzbollah as a slap in the face.