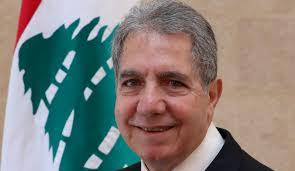 Lebanon is ready to terminate a 23-year-old dollar peg and float the pound, but only after it secures billions in aid, Finance Minister Ghazi Wazni said Friday.

Speaking to AFP after talks started Wednesday with the International Monetary Fund on a plan to rescue Lebanon's crisis hit economy, he also said banking sector restructuring would entail halving the number of lenders.

Foreign exchange shortages have in recent months severely strained the official rate of 1,507 to the dollar, with the pound losing well over half its black market value to trade at considerably beyond 4,000 against the greenback.

"The IMF always asks for the freeing of the pound's exchange rate," Wazni said.

But "we need to change the stabilization policy to one of a flexible exchange rate in a first stage and for the foreseeable future," he said, referring to an initial managed flotation.

"When we receive financial support from abroad, we will transition to flotation" dictated by the market, he said.

"The Lebanese government has asked for a transitional period to pass through a flexible exchange rate before we reach flotation," he added.

Wazni said the first phase would involve a gradual depreciation of the Lebanese pound against the dollar, in coordination with the central bank.

He said this was necessary because the government feared a "huge deterioration of the pound exchange rate" otherwise.

"Lebanon counts 49 commercial banks and it is normal for that number to decrease to around half of that in the next stage," he said.

Wazni said that the IMF had however not set any political conditions for financial assistance.

"No political conditions have been set," he said.

Analysts say the economic collapse is due in part to years of political crises that have stalled decision-making and permitted a culture of waste and corruption.

A mass protest movement that erupted on October 17 -- but has since largely dwindled -- has blamed the financial crisis on politicians demonstrators say are inept and corrupt.

But people have also protested against the banks, which have since the fall imposed informal capital controls on small depositors, capping then stopping dollar withdrawals and banning all transfers abroad.

The financial fallout of recent months has created enormous hardship. Around 45 percent of Lebanon's population now live in poverty and inflation has soared to 55 percent, according to official estimates.

The finance minister said "parliament will pass a capital controls bill in the coming weeks."

Wazni noted Lebanon was aiming to obtain around $9 billion from the IMF, on top of another $11 billion in grants and loans already pledged by international donors in 2018.

He said it was in Lebanon's interest to reach an agreement with the IMF quickly.

"The sooner we wrap up the negotiations, the better for Lebanon," he said.

A deal would "give credibility to the government's program, broaden prospects for international support conferences, and ease negotiations between Lebanon and creditors," Wazni said.

Lebanon is one of the most indebted countries in the world, with a debt burden equivalent to 170 percent of its gross domestic product.

It defaulted on a eurobond repayment for the first time ever in March.

Please, read the below article written by Marwan Iskandar ( A competent Financial Expert ) in An-Nahar Newspapaer of today.

Minister Wazni, no one is going to give you any loans now and forever. Till the country undergoes a massive reform on all levels and fronts and the current political class is sidelined to dustbin of history.

Floating the Lira will not work neither. It has become worthless. You might want to read on what happened during the Weimer Republic. Do you want to see people load load up a wheelbarrow of LL just to go buy a loaf of bread. The LL is done with. make the USD the official currency for day to day transactions and retire the Lira.