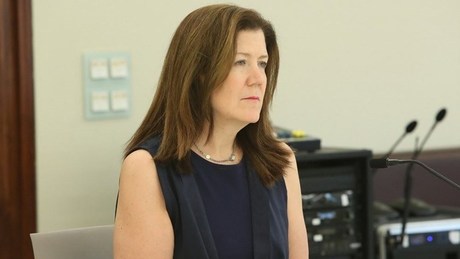 In an interview with Al-Arabiya’s al-Hadath TV, Shea said Hizbullah is in control of Hassan Diab’s government, confirming that U.S. sanctions might target non-Shiite allies and supporters of Hizbullah.

She added that Washington would support any reformist government not controlled by Hizbullah, noting that such a government should be comprised of experts and that Diab’s government has not yet achieved the promised reforms.

Charging that Hizbullah’s so-called mini-state has cost the Lebanese treasury billions of dollars, Shea said Washington has major concerns over the group, which is on the U.S. list of “terrorist” organizations.

Noting that Washington is among Lebanon’s biggest supporters in terms of aid, the ambassador said the Lebanese are not suffering due to U.S. policies but rather because of decades of rampant corruption.

As for the Caesar Act, the ambassador reiterated that it does not target the Lebanese people or economy but rather the finances of the Syrian regime.

You talk about the 'slaves' from the US, but say nothing of the Iranian minions in Lebanon who have destroyed this country internally and externally. And just for reference, THERE HAS NEVER BEEN A COUNTRY IN THE HISTORY OF THE WORLD THAT HAS SUCCEEDED WITHOUT THE NATIONAL MILITARY BEING THE STRONGEST POWER IN THE COUNTRY.

What you refer to 'resistance' are nothing more than mercenaries that are outside the government and people's control. When Iran says jump, kizb asks how high. They don't care about the welfare of Lebanon---only what the mullahs tell them.

Of course, you will use zionism and other terms to discredit others, but try to refute the faces first and then move on.

Try speaking to a broader audience---your statements makes no sense.

and you still didn't address the issue.

THERE HAS NEVER BEEN A COUNTRY IN THE HISTORY OF THE WORLD THAT HAS SUCCEEDED WITHOUT THE NATIONAL MILITARY BEING THE STRONGEST POWER IN THE COUNTRY.

of course, you avoid it because you are not taught to think, but to preach. Pretty sure I can spot you in a crowd wearing a tinfoil hat.

Iran's hegemony over Lebanon through Hizbullah has been catastrophic for the country. Lebanon is drowning to become a 4th world country plagued with poverty and corruption.

How interesting to read that everything that you think is wrong in the world is because of Israel or the "Zionist lobby in the US".
Isn't it time you woke up and began to see that many of the wrongs you blame Israel ot the Zionists for are simply because corrupt politicians, whether it be in Lebanon or any other country, manage to make their self interest decisions without Zionist influence.