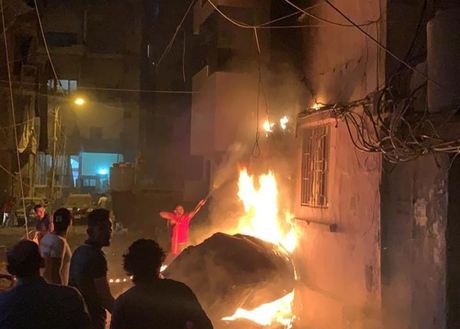 Al-Jadeed TV said more than 20 people were injured in the explosion. It had earlier reported that a Syrian worker and a Bangladeshi worker were critically hurt.

The National News Agency said a diesel tank belonging to a bakery is what exploded, sparking a blaze.

But LBCI TV reported that the Intelligence Branch of the Internal Security Forces has arrested the owner of the tank, noting that it contained gasoline and not diesel as initially reported.

“The depot’s owner, A.S., confirmed that the blast resulted from a quantity of gasoline that he had stored for the use of his company, which works in the field of cellphones and powerbanks,” LBCI added.

The army meanwhile encircled the blast site and dispersed citizens who gathered in the area.