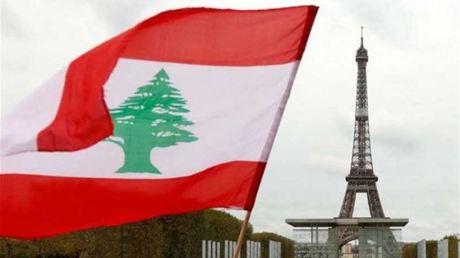 The French embassy issued a press release Thursday on the conclusions of the co-presidencies (France and United Nations) - conference in support of the Lebanese population.

The Conference in support of the Lebanese population was held on 2 December 2020 by videoconference, at the joint invitation of the President of the French Republic and the Secretary-General of the United Nations. 32 countries, 12 international organizations and 7 Lebanese civil society organizations participated.

Following the international Conference to support Beirut and the Lebanese population, held on 9 August after the devastating explosion in Beirut on 4 August, an emergency humanitarian response was mobilized to help the population to cope with the consequences of this tragedy revealing of the Lebanese shortcomings, in the context of ongoing political, economic, financial and health crises in the country.

The Conference of 2 December allowed the international community to strongly reaffirm its solidarity with the Lebanese population, and to reiterate its commitment to stand by its side, in the face of the tragedy that touched this population in its flesh and heart. The Conference also discussed the humanitarian response to the crisis and efforts towards early recovery. The Conference called for the respect of human rights in Lebanon.

The Conference ensured that the commitments made toward emergency aid since 4 August had been fulfilled, both in quality and in quantity, in all the priority areas then identified by the United Nations, including health, education, urban rehabilitation, and food. With 257 million euros pledged, more than 280 million euros were actually disbursed. The participants reaffirmed their commitment to a transparent and efficient distribution of international aid, for the sole benefit of the population. The role of the United Nations in this regard was commended.

Beyond emergency aid, the Conference worked to mobilize additional support in terms of early recovery for the direct benefit of the most vulnerable populations, in particular to respond to the challenges of food security and access to education. In particular, the participants noted the need to target assistance to women, young people and children.

The 3RF (Reform, Recovery, Reconstruction) framework and its financing facility (multi-donor trust fund) prepared by the World Bank, the United Nations and the European Union were presented. These instruments will ensure the continuity of funding beyond emergency humanitarian aid, released after 4 August. An important role will be given to civil society actors to define priority areas for action, such as good governance, health, education, social protection, housing, culture and heritage. Special attention will be paid to the immediate needs of small and medium-sized enterprises. The Conference welcomed these coordination mechanisms, and underlined the necessity to avoid duplication with existing mechanisms.

The Conference expressed concern about the worsening socio-economic situation as well as the emerging humanitarian crisis. Participants noted the worsening of all economic, financial, monetary and social indicators, with a poverty rate rising from 28% to 55% over a period of 12 months, which today leads many Lebanese to emigrate. The Conference shared the World Bank’s view that it is a “deliberate depression”. Lebanon is in a situation of financial bankruptcy, but still has the capacity to be a performing state if reforms are undertaken swiftly. The Conference also allowed for reflection on the necessary refoundation of the Lebanese economic model.

The participants strongly recalled that the importance of effective implementation of the reforms expected by the population and the international community. Such reforms are absolutely critical for the engagement of the latter in support of Lebanon, both with regard to the conclusions of the CEDRE conference of 6 April 2018 and to the prospects for additional, longer-term structural support. This support will have to be part of a program concluded with the International Monetary Fund.

The Conference reiterated the urgent need for Lebanese political leaders to agree as soon as possible on the formation of a credible government, effective and able to work in the general interest of the country. Based on the roadmap of September 1st 2020, approved by all the Lebanese political forces, it will be up to this government to urgently implement the series of reforms and measures necessary to regain the trust of the Lebanese people and of the international community.

Finally, the Conference welcomed its extensive dialogue with Lebanese civil society, bearing witness to their spirit of responsibility and dynamism. The Conference shares the aspirations of the Lebanese people and draws confidence in the future of Lebanon from this dialogue.

You Frenchys and Europeans must be so dumb. These warlords are playing you for stupid. It's been 40 days or so that Hariri named himself PM designate and still nothing and now you're expecting them to form a government that's credible and reform oriented.

When Beirut is considered one of the most polluted cities in the world mostly from jammed car exhaust; when Britain, China, California and numerous other cities and states plan to ban ICE cars by 2030 or 2035; when EV cars drive 4 to 5 miles per KW and only require six solar plan to generate 15,000 KM of annual driving for next 30 years; when Lebanon pays $600 million a month to subsidy importing polluting gasoline; when Lebanon has abundant natural resources to generate solar energy, plenty of parking spaces for solar EV stations, abundant on-shore and off-shore wind; hydro energy from waves, sea current, rivers and micro turbine… it is a crime not to set 2025 as banning all new ICE cars and investing in converting or producing EV cars. This will reduce pollution, green gases, oil import, gain carbon trade and grants, and develop local industry.

When solar & wind energy is now cheaper than gas/fuel/diesel power plants; when all forms of renewable energy (see above) are abundant in Lebanon; when 20% subsidy of clean power means every public dollar generates 4 dollars from public quadrupling energy funding; when distributed energy improves supply and reliability of power grid; when industry & investment require cheap and dependable power… it is a crime not to achieve 24/7 power within 2 years relying mainly on renewable energy projects. For instance, solar power can be generated by panels floating on water reservoirs or suspended from top mountains on air balloons. Off shore turbine have greatly improved. Incentive for new buildings for solar water heater, PV panels & EV chargers. Public transportation can be EV based. If Dubai is building a Hyperloop we can certainly build a fast charging EV network supported by sun, wind and batteries.

Assuming no Hizbollah arms and occupying militia, no mafia government, no corruption, full accountability, honest and competent elected officials, and simple online government processes from requesting documents to approving new businesses and ventures… Just assume… then if Elon Musk can build a car-factory in China in one year, so can Lebanese who are major decision makers in the best companies the world over. If he can build a tunnel under Las Vegas in one year, so we can link the coast to Bekaa and Akar with tunnels. If he can send people to the moon, so we can build monorail from Tripoli to Sidon including & fiber optic for giga internet linking mini-Silicon Valleys throughout the country. Lebanon has much better human, intellectual, cultural and entrepreneurial potential than Singapore that has higher standard of living than USA & Europe. Take out the Basij and traitors, liberate Lebanon, bring back out democracy and sovereignty and see Lebanon flourish in record time.