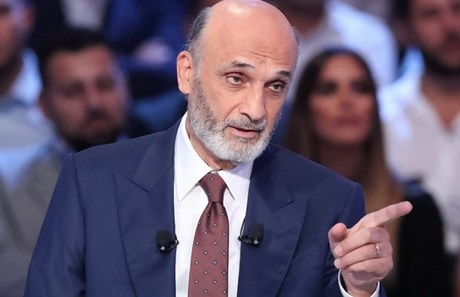 Lebanese Forces chief Samir Geagea said on Saturday that the Free Patriotic Movement is capable of “changing the equation” in Lebanon if it breaks its alliance with Hizbullah party, noting he never wished for President Michel Aoun to stay in office.

He said Hizbullah can make little difference in the parliament if the FPM takes that move.

“The Free Patriotic Movement is the only side at present capable of changing the equation. What if the FPM breaks its alliance with Hizbullah now? What would Hizbullah’s political size be? The party’s MPs together with its allies’ total to not more than 40 deputies in the Parliament,” said Geagea in remarks to al-Qods al-Arabi.

Geagea said the LF does not adhere to having President Michel Aoun remain in his post, and that his resignation is long-wished-for.

“We do not adhere to having Aoun stay in his post, not for a single moment. I wanted him to resign earlier before. This is evident in all our political positions. We want to look for a move that changes something in the coming reality. The only step that does is to hold early parliamentary elections," said Geagea.

Who is Geagea to say whom should resign?
What could Geagea do if he became President?

Geagea is like Trump and Biden now, Geagea is jealous that President Aoun got the post that he so much longed for.