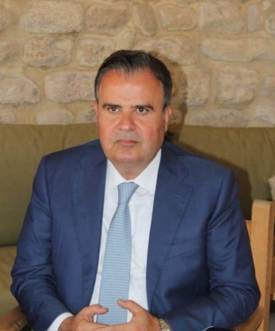 The attorney general of the South, Judge Rahif Ramadan, held a broad meeting Thursday to follow up on the investigations into the killing of prominent activist and researcher Lokman Slim.

The meeting, at Ramadan’s office at Sidon’s Justice Palace, was attended by the heads of the security and military agencies in the South.

The conferees “stressed the need to continue the investigations and for full coordination among the security agencies in order to unveil the perpetrators,” state-run National News Agency said.

All they got out of it was a cup of coffee...

Did they all wear masks? There is a new virus called corona that each will have to quarantine for two weeks times the number of attendees. That's 9x2=5 months then the judge will request hearing, at which point it will be rejected by the parliament, then they will change the judge. And so on