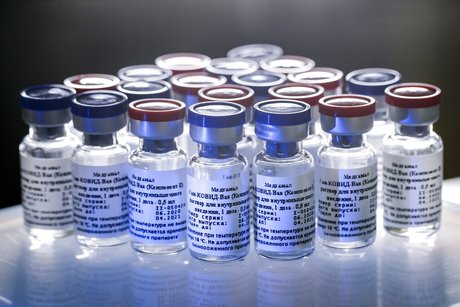 Lebanese private company Pharmaline will import one million doses of the Russian coronavirus vaccine Sputnik V, the owner of the company said.

In an interview with the Qatari-owned, Beirut-based news portal al-Modon, Pharmaline owner Jacques Sarraf said the vaccine will be offered at a “very cheap” price of $38 for the two doses and that the money will be paid by companies seeking to vaccinate their employees.

Sarraf is also the head of the Lebanese Russian Business Council and the Honorary Consul of the Russian Federation in Lebanon.

He described the move as an initiative aimed at speeding up the vaccination campaign in Lebanon.

“The Sputnik vaccine will be launched in Lebanon as of Monday, March 29 and the first batch is expected to arrive in Lebanon next Thursday,” Sarraf told al-Modon, adding that the company will receive the shipment on Friday from Beirut airport.

“As the head of the Lebanese Russian Business Council and as the Honorary Consul of the Russian Federation in Lebanon, I pressed through all the contacts that I have and I told them to let me help my country at the current time since I’m serving Russia’s interests in Lebanon,” Sarraf added.

He explained that any company, association or public administration seeking to vaccinate its workers, employees and their families can provide a list of their names in order to carry out the necessary transactions.

“The vaccine will be free of charge for individuals and the institutions have to pay for the vaccine. The institution can choose any vaccination center out of the 17 centers that are accredited by the Health Ministry,” Sarraf added.

Definitely not a charitable price...
Got this from the financial times : “ The African Union (AU) will pay $9.75 per dose for Sputnik V, according to the FT, meaning the two-dose jab will cost $19.50 per person in total.

That reportedly compares to $3 per dose for the 100 million AstraZeneca vaccines that the AU previously said it had secured. The AU has also agreed on the purchase of the Indian-made Novavax vaccine for the same price tag.

“Our international price of just under $10 per dose is the same for all markets,” said the Russian Direct Investment Fund (RDIF), which markets Sputnik V abroad and funded its development. The AU declined to comment on the pricing.

How can I get the vaccine