Sixth Round of Lebanon-Israel Border Talks Postponed over U.S. 'Preconditions' 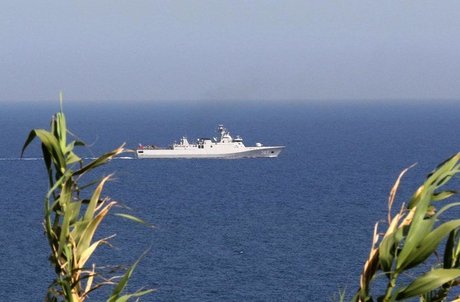 The sixth round of indirect negotiations scheduled Wednesday between Lebanon and Israel on their maritime borders have been postponed to an “unspecified” date, media reports said.

Under the U.S. mediation and UN sponsorship, Lebanon and Israel resumed the talks on Tuesday in the town of Naqoura in southern Lebanon after a six-month pause. Disagreements among the Lebanese leadership over the small country's claims prevailed.

Tuesday’s talks ended after five hours with no official statement. Hours later, Lebanon's President Michel Aoun said his country's delegation should negotiate with no preconditions, calling on his delegates to uphold the previously agreed upon claim of 860 square kilometers (330 square miles) of the Mediterranean Sea.

Lebanon's delegation, made up of a mix of army officers and experts, had expanded the small country's claim in talks late last year, drawing up maps that push for an additional 1,430 square kilometers (550 square miles) for Lebanon. The talks then broke down, only to resume Tuesday.

"President Aoun gave his instructions to the delegation not to go on negotiating with pre-conditions, but to adopt international law which would be the basis for guaranteeing continued negotiations to reach a fair and just resolution," Aoun said after meeting with the Lebanese delegation, according to a statement from his office.

Both Lebanon and Israel, technically at war, claim about 860 square kilometers (330 square miles) of the Mediterranean Sea as being within their own exclusive economic zones.

Lebanon, experiencing an unprecedented economic crisis, is eager to resolve the border dispute with Israel, paving the way for potential lucrative oil and gas deals.

"Lebanon, experiencing an unprecedented economic crisis, is eager to resolve the border dispute with Israel, paving the way for potential lucrative oil and gas deals."
So stick to the original discussions concerning the 860 sq. kms., and a solution will come very quickly. Demand discussing the additional 1430 sq kms and you'll hit a brick wall.
Which do you think is better for Lebanon?

what rubbish you write as always