Lebanon Calls for Immediate Action on Israeli Violence on Palestinians 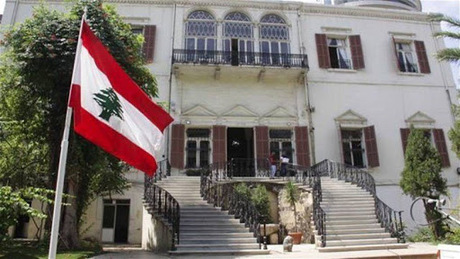 In a statement, the Ministry vigorously deplored "the Israeli attack against the Palestinians in occupied Jerusalem, where settlers are working to displace the residents of the Sheikh Jarrah neighborhood, a behavior that does not differ from the practices of ethnic cleansing."

It called on the international community to "take urgent and immediate action to deter the repeated attacks of the Israeli enemy against the brotherly Palestinian people and Al-Aqsa Mosque," stressing "the need to confront the continued Israeli intransigence and stop the Israeli settlement and displacement activities in the occupied city of Jerusalem."

The ministry renewed Lebanon's "solidarity with the brotherly Palestinian people", affirming its "right to establish an independent Palestinian state, as per the 1967 borders with East Jerusalem as its capital, in accordance with international legitimacy decisions and the Arab Peace Initiative issued in Beirut in 2002."

God bless Shia owned and operated Lebanese Foreign Ministry for exposing the cruelties of the Israeli enemy against the people of Palestine. The Israeli enemy in conjunction with the Saudi-American-Sudani-Singali-Bahraini-Emirati coalition are intent on depriving the Palestinians of their rights to live in peace and prosperity. Unlike Israel, our Shia controlled Lebanon offers the Palestinians all means of comfort and prosperity including but not limited to: luxury housing, luxury cars, work permits, free education, and free health care all within the confines of refugee camps.

The country is collapsing and the ‘president’ calls for action on Jerusalem day.

So much for priorities and a strong Lebanon!