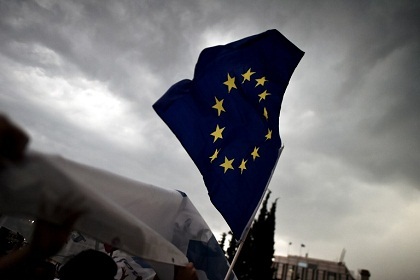 The European Union said on Friday it was ready to impose sanctions on Lebanon's ruling elite over the political crisis wracking the country, after adopting a legal framework for such measures.

The crisis has left Lebanon without a functioning government since the last one resigned after a massive explosion killed dozens and destroyed swathes of Beirut in August 2020.

The country has plunged into what the World Bank described as one of the worst economic crises since the 1850s, and political players continue to squabble.

"This framework provides for the possibility of imposing sanctions against persons and entities who are responsible for undermining democracy or the rule of law in Lebanon," the EU said in a statement.

The bloc's 27 member states must still vote unanimously for the list of people and entities to be sanctioned.

"In addition, EU persons and entities are forbidden from making funds available to those listed."

The EU could also sanction people "obstructing or undermining the implementation of plans approved by Lebanese authorities and supported by relevant international actors, including the EU, to improve accountability and good governance in the public sector or the implementation of critical economic reforms."

Then do it and stop talking about it, but clearly sanction s don't phase crooks. What will faze them is you seize everything, sell them and send the money back to Lebanon and their citizens that have been robbed blind. That is somewhat a piece of justice.

Enough talk.... Put your money where your mouth is!

Unless I see these sanctions applied, I wouldn't believe any of these talks. Trump was quick in sanctioning four key individuals, including the big crook Basil, in a whisk. It remains to be seen if the EU would be as quick, or is selling us meaningless statements that add nothing to the dire situation in Lebanon. What they should do is confiscate all the bank accounts of all the politicians, start examining them, and returning all these monies into an account monitored by the international community to later be lodged into the central bank, after appointing another governor who has credibility. Salamah is a real crook. Another person should come in, open all the accounts of the central bank, and tell us what is there to build on from thereon. As an ex audit partner of KPMG, I could tell in seconds what is there in the central bank and who transferred even 100 dollars.

When can we expect that?! I'd love to see these corrupt criminals banned from visiting their Palaces in the south of France.

Including the one who's logo ur displaying. War criminals.

Including the political party on your profile picture :)

They’re simply full of it.

That would be the best early Christmas present ever!!!
And do it before Aug. 4 in solidarity with those who were forever affected by the Port tragedy.

I would only believe that when I see action in my own eyes. Until then, all these are fake news. They were recited before and nothing happened. The EU is a slow motion group that takes ages to move.