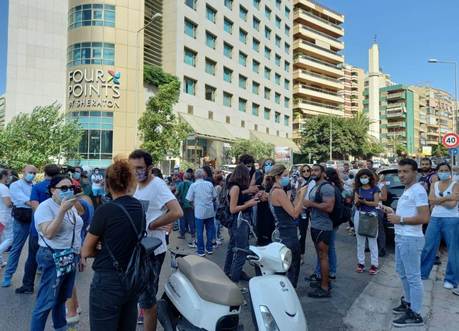 A parliament session on the port blast case was adjourned Thursday due to lack of quorum, parliament's secretary Adnan Daher said.

The families of the victims of the port explosion and a number of activists had blocked the road between Verdun and UNESCO in protest against the session.

The families had affirmed that the protests will continue "even if Speaker Nabih Berri cancels the session."

They stressed that they "will not grow tired until the immunities are lifted."

The protesters chanted slogans against parliament and anyone who refuses to lift immunities, describing the session as a "session of shame."