New Government May be Formed This Week 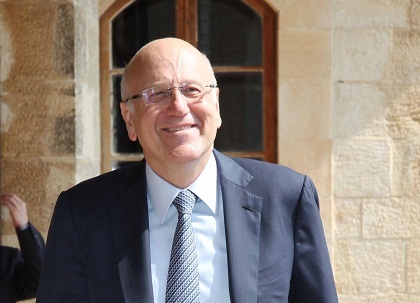 Positivity continues to engulf the statements of the various parties that will take part in the new government, after General Security chief Maj. Gen. Abbas Ibrahim stepped into the negotiations between President Michel Aoun and PM-designate Najib Miqati, media reports said.

“The obstacles of the interior and justice portfolios have been resolved and the problem is now limited to Miwati’s demand to get any of the economy, social affairs and energy portfolios,” senior political sources told al-Akhbar newspaper in remarks published Thursday.

“Miqati is saying that he wants one of these portfolios so that he takes part, through his representative, in the negotiations that will be held with the International Monetary Fund,” al-Akhbar added, noting that the PM-designate “prefers” the economy portfolio.

And while Ibrahim will carry on with his mediation, it turned out that the agreement reached on the interior portfolio led to allotting it to Judge Bassam al-Mawlawi, the daily said.

As for the justice portfolio, Aoun and Miqati agreed to allocate it to Judge Henri Khoury, after the nomination of Judge Rita Karam was dropped, as the two presidents agreed on ex-ambassador Abdallah Bou Habib for the foreign affairs portfolio, al-Akhbar added.

“The positivity that is being promoted is not the result of exaggerations, but this does not mean that the formation course cannot be obstructed,” the senior political sources said.

Sources from the Free Patriotic Movement meanwhile said that “the government’s formation would take place in the weekend or even before if PM-designate Miqati maintains his stance.”