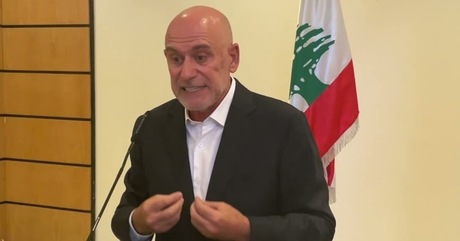 The development is the latest in a year-long saga surrounding the investigation into the explosion, which plunged Lebanon into another political crisis and accelerated an already unprecedented economic meltdown.

The country's government resigned after the Aug. 4, 2020 explosion and bickering political parties only this month agreed on a new government. Also, months into the probe, the lead judge running the investigation was removed by the Court of Cassation after similar charges were filed against him by senior government officials.

The petition Wednesday by Fenianos came a week after Bitar issued an arrest warrant for him after he failed to appear in court for questioning. It's not clear whether the Court of Cassation will take up Fenianos' lawsuit and if it does, it will have to examine the case and then decide whether to dismiss or accept the request

The judge has accused Fenianos and three other former senior government officials with intentional killing and negligence that led to the deaths of more than 200 people in the explosion. Over 6,000 were injured in the massive blast that also devastated a large section of Beirut.

Fenianos is a senior official with the Marada Movement, a close ally of Lebanon's powerful Iran-backed Hizbullah. He said in a statement, carried by the state-run National News Agency, that his petition was motivated by "concern for justice" and accused an unnamed party of wanting "to blame me as a former minister of public works" for the blast.

Fenianos also said that "Bitar's path will not lead to the truth."

However, the petition was harshly criticized by human rights activists and angered the families of the victims, which claimed it was another ploy to "prevent the truth."

"It is outrageous that Lebanese politicians think they can just replace a judge every time he tries to hold them accountable until one is appointed that is to their liking," said Aya Majzoub, a Lebanon researcher from Human Rights Watch.

The warrant against Fenianos was the first in the year-old probe that has hit many snags, particularly in implicating senior officials. Fenianos is one of a number of former government officials who have declined to appear before Bitar. The judge has also summoned the former and current security chiefs.

More than a year later, there are still no answers to what triggered the explosion, and no one has been held accountable. Rights groups and local media revealed that most state officials knew of the presence in the port of hundreds of tons of ammonium nitrate, a highly explosive material used in fertilizers, that had been improperly stored there for years.

Ahahahahahaha...
What an Idiot!