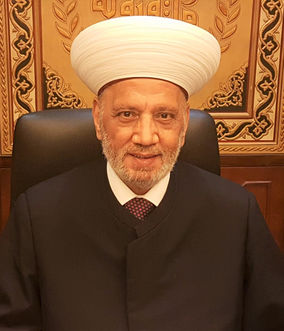 “What happened, between people of the same country, was disgraceful, humiliating and shameful,” he said, adding that “difference of opinion is legitimate, but fighting in the street is rejected and forbidden, whatever the reason might be.”

“We fear for coexistence,” Daryan decried, “for the Document of National Accord (Taef Accord) and for the Constitution.”

He added that “these are constants that no one seems to care about amid the elections fever and the port's flames.”

“Who said that we do not care about justice?” Daryan asked. “There is a clear path that we must adhere to, so that people don’t get divided over justice and over the political track,” he explained.

Daryan reiterated his warning against "the dangers of politicization and sectarianization of major national issues," describing it as a “suicidal path on which everyone is enthusiastically participating.”

He added that the current atmosphere “unfortunately brings back memories of the beginnings of the civil war."

The Sunni leadership selling out to France is what keeps Lebanon in tyranny. This guy confuses the law (Constitution) with an unwritten and disgraceful something called the Taef Accord, which divided the Chamber of Deputies equally between "Christians" and the rest.
If you were accused of being a Christian, would there be enough evidence to convict you?

Taef Accord is unwritten? That's news to everyone ever, except you. How did you get to this conclusion? Did it come to you in a dream or during one of your well documented stoned stupors. BTW Chris, if you were ever accused of being an imbecile, even brother Geoff will have to automatically rule with the prosecutors, the evidence being much too overwhelming.

Yes, it's a document, I see in the smirker's remarks, but the point is, who signed on to it? Thugs like you.

I'm sorry, Mr. Loompas, I got the mufti confused with the smirking General in the other Naharnet story. "Defense Minister Maurice Slim has said that 'what happened Thursday in Tayyouneh was not an ambush but rather an unfortunate incident.'” This is what your Taef "Accord" has done to governance in Lebanon: like in a Marxist paradise, the state has withered away. The governor made Geoff a district court judge a couple of years ago, a bit of a demotion probably.