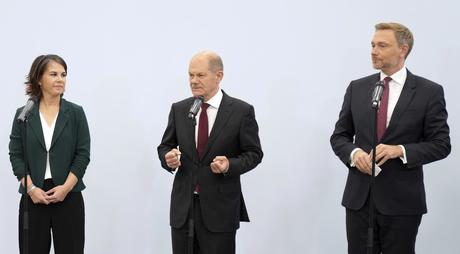 The three parties working to form Germany's next coalition government said Thursday they were aiming for Finance Minister Olaf Scholz from the Social Democrats to be installed as chancellor in the week of December 6.

"The timeline is ambitious," said Volker Wissing, general secretary of the liberal Free Democrats, at the start of formal coalition talks with the center-left SPD and the Greens. "Germany needs to have a stable government as soon as possible," he added.