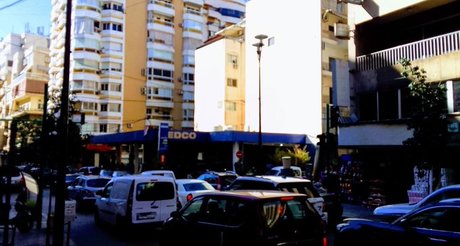 A top member of the gas station owners syndicate of Lebanon, George al-Brax, has reassured that there is no gasoline shortage in the market, asking consumers not to panic, as long queues returned to fuel stations over the past hours.

“The fuel quantities that are reaching Lebanon have become smaller than before, but what we’re receiving is sufficient to meet domestic need,” Brax said in a TV interview.

“The Energy Ministry must remain in contact with those concerned with importing fuel, and the Central Bank must speed up the prepayment processes for ships, so that we avert a crisis, especially if things will get worse in the future,” Brax added.

Energy Minister Walid Fayyad for his part reassured that “we are not in a crisis as to the availability of the gasoline substance in the local market.”

“Russia is not the exporter from which we import the substance from,” Fayyad added, noting that “ships carrying gasoline are at sea and the companies and stations have stocks.”

“According to my information and the numbers, the available quantity can last for several days and even until the end of the month,” the Minister went on to say, noting that the Ministry “did not find it appropriate” to hike prices over the weekend after having issued new prices on Thursday in light of the global surge in oil prices.

“We are following up on the fluctuation of the global oil prices and we will amend prices when necessary,” Fayyad added, pointing out that the Ministry is keen on providing consumers with gasoline for the lowest possible cost.

“Gas stations are asked to supply citizens with gasoline according to the current prices which do preserve their profit margins,” the Minister went on to say, warning that relevant inspection officials escorted by State Security agents would begin raiding stations to make sure that they are abiding by the official prices and that they are not withholding their stocks from consumers.

Lebanon had witnessed a run on gas stations as the gasoline black market flourished in the months that preceded the state’s halt of fuel subsidization. Fuel hoarding and shortages also contributed to that crisis.