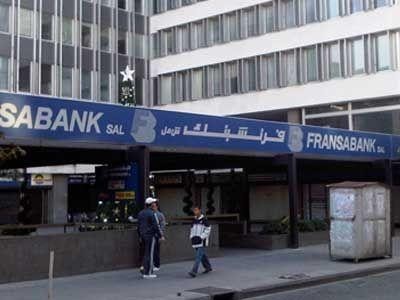 The Association of Banks in Lebanon confirmed Friday evening that all Lebanese banks will stage a two-day strike on Monday and Tuesday in protest at the latest judicial measures against the country's biggest banks.

"This is a first step aimed at cautioning and raising awareness about the dangerousness of the current situations," ABL said in a statement, demanding "the rectification of the current irregularity, the issuance of the capital control law as soon as possible, and the approval and implementation of a recovery plan."

The Association "reserves its right to take other stops that might be necessary to preserve the national economy and the higher Lebanese interest," it warned, cautioning that "Lebanese banks can no longer tolerate the arbitrary decisions that are targeting them."

"Are those concerned aware of the disastrous repercussions that the taken arbitrary measures have towards foreign supervisory bodies and correspondent banks?" ABL asked, warning that the moves might lead to "a full collapse, not only of banks and deposits, but also of the national economy and the ability to fund importation, especially that related to medicines, foodstuffs, fuel and other vital goods."

The Association also charged that "some judicial and administrative decisions lack the least requirements of legal justification and public interest and might be based on populism and an inclination to postpone proper solutions."

"This is cautionary strike against injustice, so that those concerned stop evading their responsibilities and pinning them on banks," ABL warned.

The development comes after judicial orders were issued for the freezing of the assets of seven banks in three separate lawsuits since March 14.

Prime Minister Najib Miqati meanwhile announced, following talks in Baabda with President Michel Aoun and Speaker Nabih Berri, that Cabinet will hold an emergency session at 10am Saturday to discuss the issue of the standoff between the judiciary and the banks.

Mount Lebanon Prosecutor Judge Ghada Aoun on Thursday froze the assets of local lender Creditbank, her latest such move against local banks. On Monday, she froze the assets of five of Lebanon's largest banks and those of their board of directors as she investigates possible transfers of billions of dollars aboard.

In January, Aoun also imposed a travel ban on Lebanon's central bank governor after a corruption lawsuit accused him of embezzlement and dereliction of duty during the crisis.

Lebanese banks have imposed informal capital controls since the economic crisis began. Since then, people do not have full access to their savings and those who withdraw cash from U.S. dollar accounts get an exchange rate far lower than that on the black market.