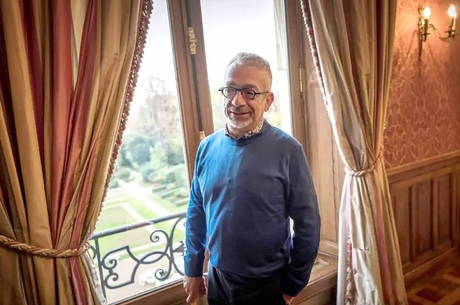 Rabih Alameddine's "The Wrong End of the Telescope," a novel written in the second person about a transgender doctor named Mina who works in a refugee camp for Syrians, has won the PEN/Faulkner Award for fiction.

"This novel explores the complexities of the refugees' lives and the intricacies of Mina's relationships, examines the many angles of a timely and vital subject, and probes the life-changing choices humans are forced to make," according to a statement issued Tuesday by award judges. "The exquisite language suspends time and investigates the intricacies of seeking refuge, both from geopolitical disruptions and from one's own patterns of life."

Alameddine, a Lebanese American whose other works include the National Book Award finalist "An Unnecessary Woman," will receive $15,000. Philip Roth, E.L. Doctorow and Karen Jay Fowler are among the previous PEN/Faulkner winners.

"No writer can look at the list of books that have won the PEN/Faulkner Award and not be humbled and honored to have their book listed among them," Alameddine said in a statement.