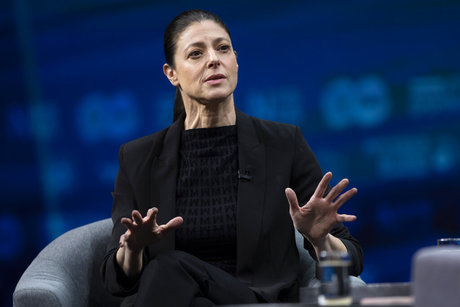 A key partner in Israel's governing coalition has said that all the factions are working to try and keep the fragile coalition afloat, less than a year after it was sworn into office. The coalition has come under threat by internal squabbles and escalating violence with the Palestinians.

Earlier this month a member of Prime Minister Naftali Bennett's party split from the ruling coalition, leaving the government without a majority in parliament and raising the possibility of yet another national election after years of political chaos.

The eight-party alliance, made up of ultranationalists, dovish parties and a small Islamist faction, is now deadlocked with the opposition with 60 seats each in the 120-member Knesset. That has greatly complicated the government's ability to pass legislation and raised the risk of plunging the country into snap elections.

"It is a challenging moment for the coalition, for sure. Politically speaking, there are obstacles," Labor Party leader Merav Michaeli said. But she expressed hope for the government's survival.

Michaeli, who is the transportation minister, said that all party chiefs "are working together in order to find every way to keep this government, and to keep it working the way it has been doing so far." She spoke at a meeting of the Foreign Press Association in Jerusalem.

Idit Silman served as coalition whip until her departure from Yamina, the small hard-line party led by Bennett, earlier this month. She said in a resignation letter that "key values in my worldview are inconsistent with current reality," days after voicing vehement opposition to allowing bread into public hospitals on the Jewish holiday of Passover. Yamina is popular among religious nationalist Jews, who refrain from consuming bread during the holiday.

Bennett's coalition also faces other challenges. Ongoing unrest surrounding a flashpoint Jerusalem holy site, known to Jews as the Temple Mount and to Muslims as the Al-Aqsa Mosque compound, has prompted the small Islamist party Ra'am — the first Arab party to serve in an Israeli coalition — to temporarily suspend its participation in protest.

Israeli leaders have accused Hamas of orchestrating the violence in Jerusalem and encouraging young Palestinians to confront police. Palestinians accuse Israeli police of using excessive force and point to the huge numbers of Jewish visitors to the Al-Aqsa compound during Passover as a source of tension.

Under longstanding norms, Jews are allowed to visit the site but not to pray there. But many have begun to quietly pray in recent years, raising Palestinian concerns that Israel is plotting to take over or divide the site. Israel denies the allegations.

Michaeli declined to cast blame for the latest outbreak of violence but said all sides should act reasonably.

"I would like to reduce to a minimum anything that causes violence or hardships in the Temple Mount," Michaeli said, adding that Israel needs to reach a political agreement with the Palestinians that would also encompass the future status of the contested holy site.

The clashes at the Jerusalem shrine are part of a broader wave of violence that has seen several deadly Palestinian attacks inside Israel, lethal Israeli arrest raids in the occupied West Bank and violence between Israel and Gaza's ruling Hamas militant group. On Monday, a rocket was launched from Lebanon into Israel, which struck back with tank shelling.

Despite their ideological differences, the eight parties banded together to oust former Prime Minister Benjamin Netanyahu, who now serves as opposition leader.