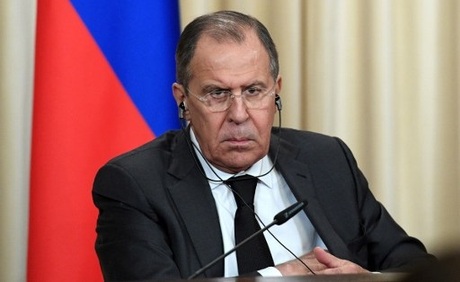 Lavrov said was he familiar with its contents only through the media as a copy had not been received by Moscow.

However, his deputy Andrei Rudenko said Monday that the ministry received Italy's proposal and was studying it.

Lavrov said in an interview with Russia's RT that the plan envisages annexed Crimea and regions controlled by pro-Moscow separatists in eastern Ukraine "will be part of Ukraine with broad autonomy."

"Serious politicians who want to achieve results and not promote themselves in front of their electorate, don't propose things like that" he said in an apparent reference to Italy's Foreign Minister Luigi Di Maio.

Di Maio last week proposed to the United Nations a four-point peace plan to end fighting in Ukraine, where Russia has been carrying out a military campaign since February 24.