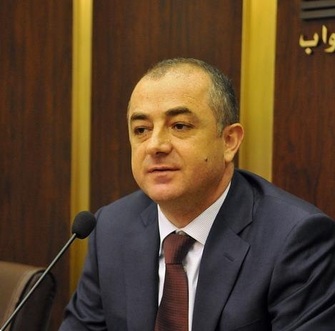 U.S. envoy Amos Hochstein has informed Israel of Lebanon’s proposal regarding sea border demarcation and the response is expected “next week or the week after,” Deputy Speaker Elias Bou Saab has said.

“Hochstein has admitted that this time there is a unified Lebanese stance,” Bou Saab said in an interview on Tele Liban.

“We have learned that he has presented the proposal to the Israeli government this week, knowing that he has not visited Israel, and this is what I have been told by the U.S. ambassador,” Bou Saab added.

“We are awaiting the response to come through the U.S. mediator, and it is expected either next week or the week after,” the Deputy Speaker went on to say.

As for Lebanon’s stance, Bou Saab said the so-called Line 29 was described in the latest negotiations with Hochstein as a “negotiations line.”

“I don’t want to engage in a domestic debate that would weaken our stance, which is strong today,” Bou Saab added.

“I will consider that this matter was a tactic and we certainly will not make concessions,” he reassured.

Moreover, Bou Saab said he is optimistic that a solution will be reached in the demarcation file, noting that U.S. President Joe Biden will visit the region soon.

“I hope that his team has taken into consideration that resolving the demarcation dispute between Lebanon and Israel can be one of the most important achievements,” the Deputy Speaker added.