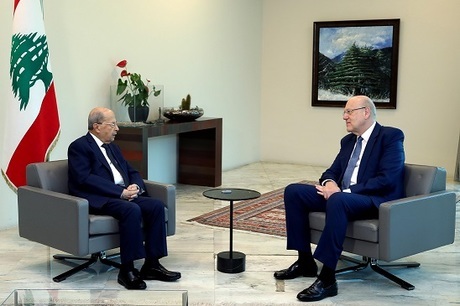 The government formation process is not deadlocked despite the latest political tensions, sources close to both Baabda and the Grand Serail have said.

President Michel Aoun is “still waiting for the PM-designate’s response to the remarks he voiced over (Najib) Mikati’s line-up in their latest meeting on Friday,” sources close to Aoun told al-Joumhouria newspaper in remarks published Tuesday.

Sources close to Mikati also told the daily that the formation process has not reached a dead end and that the PM-designate is keen on forming a government as soon as possible.

The sources also stressed that Mikati does not intend to step down.