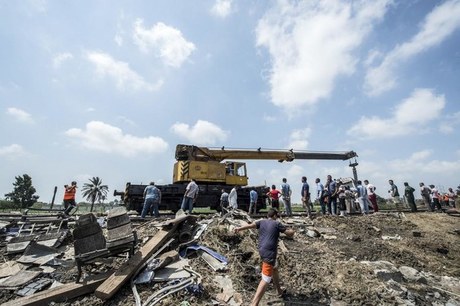 At least 22 people were killed and 33 injured in southern Egypt on Tuesday when the bus they were travelling in smashed into a parked truck, officials said.

The bus carrying around 45 passengers crashed into the stationary truck near the village of al-Barsha, some 300 kilometers (185 miles) south of the capital Cairo in al-Minya governorate.

"The truck was parked on the side of the road to change a tire when it was hit from behind by the bus travelling from Sohag governorate to Cairo," a statement from the governorate said.

Crashes are relatively common in Egypt, where many roads are in disrepair and traffic regulations frequently ignored.

Some 7,000 people died in road accidents in the country in 2020, according to official figures.