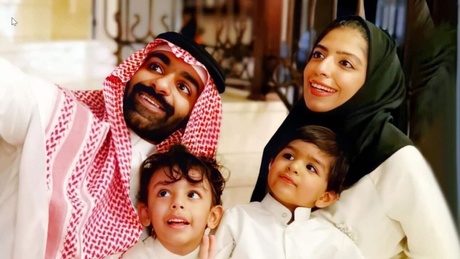 The United Nations voiced outrage Friday at a Saudi court decision to sentence a woman to 34 years behind bars for tweets critical of the government, demanding she be released.

"We are appalled by the sentencing of Saudi doctoral student Salma Al-Shehab... in connection with a series of tweets and retweets on political and human rights issues in Saudi Arabia," Liz Throssell, spokeswoman for the U.N. rights office, said in a statement.

"We urge the Saudi authorities to quash her conviction and release her immediately and unconditionally," she said.

"She should never have been arrested and charged in the first place for such conduct."

Salma al-Shehab, a member of the Shiite minority in the Sunni-ruled kingdom, had been studying for a doctorate in Britain and was arrested in January 2021 while on holiday.

On August 9 she was sentenced to 34 years in jail for aiding dissidents seeking to "disrupt public order" in the kingdom by relaying their tweets.

The 34-year-old mother of two was also banned from travelling abroad for a further 34 years as part of the sentence.

The sentence comes amid a crackdown on rights activists in the oil-rich Gulf state, many of whom have been slapped with jail sentences and travel bans.

This, she said, "is yet another example of Saudi authorities weaponizing the country's counter-terrorism and anti-cybercrime laws to target, intimidate and retaliate against human rights defenders and those who voice dissent."

Throssell called on Saudi authorities to "not only release Al-Shehab so that she can re-join her family, but also review all convictions stemming from free expression against human rights defenders."

These included "women who were jailed after they legitimately demanded reforms of discriminatory policies, as well as religious leaders and journalists," she said.

"Salma al-Shehab, a member of the Shiite minority in the Sunni-ruled kingdom..."

Go live in shia Iran and tweet about human rights as much as you want.