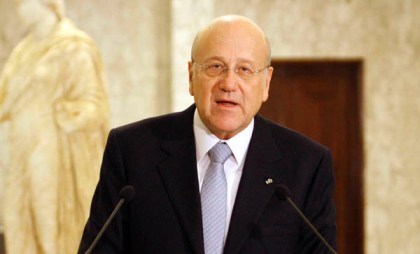 The new government will be formed this week or in the beginning of next week at the latest, informed sources said.

“What’s important is that the concerned officials have taken a political decision to form the government, and accordingly any pending details will be resolved,” the sources told al-Joumhouria newspaper in remarks published Monday.

I have a humble suggestion on how to get Lebanon out of its present crisis. All Christian men between the ages of 18 and 65 should be declared President. Residency in Lebanon is not a requirement.