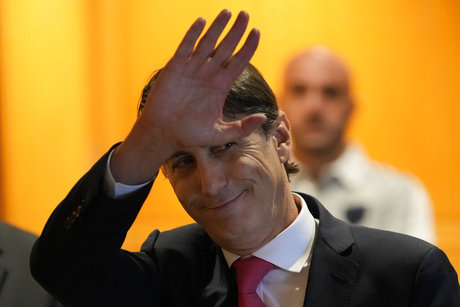 U.S. mediator Amos Hochstein is continuing efforts aimed at reaching an agreement over the demarcation of the maritime border between Lebanon and Israel, an official at the U.S. Embassy in Beirut said on Monday.

In remarks to al-Jadeed TV, the unnamed official said the U.S. administration is continuing to narrow the gaps between all parties and that it believes that a sustainable settlement is possible.

The official also lauded the spirit of cooperation which he said is being shown by both Lebanon and Israel, pointing out that resolving the border dispute is a priority for President Joe Biden’s administration.

The official added that Washington deeply believes that an agreement would provide sustainable stability and economic prosperity for both sides.

He didn't say "Biden personally". Seeing the NY Post story about Biden talking to the teacher's union without teleprompters encourages my thinking he doesn't know and doesn't want to know what is going on.