Honein and Mouawad emerge as leading candidates for opposition camp 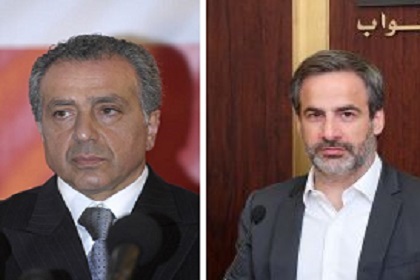 The Lebanese Forces, the Kataeb Party and the Progressive Socialist Party want MP Michel Mouawad to be the opposition camp’s candidate in Thursday’s presidential vote session, but Mouawad is “not accepted by the Change MPs because they want a candidate who is not part of political alignments,” MTV reported on Wednesday.

The TV network added that the LF, Kataeb, the PSP and the Change bloc will likely vote for ex-MP Salah Honein, who is an “acceptable” candidate for the Change bloc.

Sources from the PSP-led Democratic Gathering meanwhile told al-Jadeed TV that Mouawad, Honein and MP Neemat Frem are acceptable candidates for the Gathering, adding that the bloc does not prefer Army chief General Joseph Aoun’s election as president because it is “not enthusiastic towards having military figures in the presidency.”

What are the odds of having a decent and competent president that will lead the country out of this dreadful crisis?