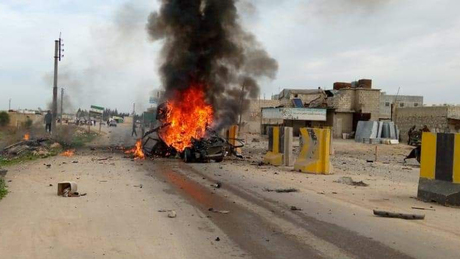 A colonel in Iran's Revolutionary Guards has been killed by an improvised bomb outside the Syrian capital Damascus, Iranian media reported Wednesday, pointing the finger at Israel.

"Colonel Davoud Jafari, one of Iran's military advisers in Syria and a member of the Guards' aerospace arm, was killed with a makeshift bomb planted by the roadside near Damascus (on Monday) by associates of the Zionist (Israeli) regime," the Tasnim news agency reported, citing a statement from the Guards.

Have to admire the craftmanship. How much humiliation can the Iranian regime bear?

It appears the Zionist terrorists have lots of agents all over the Middle East. Money talks!