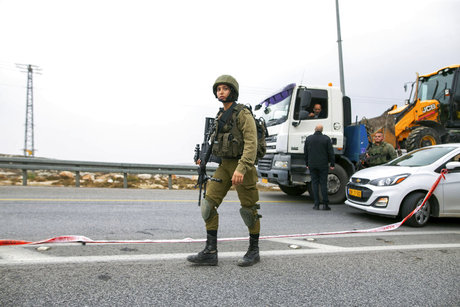 Muhammad Ayman Al-Saadi, 26, and Naim Jamal Zubaidi, 27, were "killed by the Israeli occupation bullets at dawn today during its aggression on Jenin camp," a Palestinian health ministry statement said.

Al-Saadi was a leader of Islamic Jihad, sources in Jenin who are familiar with the Palestinian militant group told AFP, requesting anonymity.

The army said it had entered the town of Wadi Bruqin where "three wanted individuals suspected of involvement in terrorist activities were apprehended".

"During the operation, armed suspects shot at the security forces, who responded with live fire," the army said in a statement.

Al-Saadi, "a high-ranking operative in the Islamic Jihad terrorist organisation, was killed," it added.

Israel's outgoing Prime Minister Yair Lapid praised the raids as "a direct continuation of our uncompromising policy on the fight against terrorism".

He said "two senior terrorists ... were thwarted," including an Islamic Jihad leader and "a senior member of the Al-Aqsa (Martyrs) Brigade," the armed wing of Palestinian president Mahmud Abbas's Fatah movement.

Jenin is a stronghold of militant factions in the West Bank, a territory occupied by Israel since 1967.

Last week, fighters from Jenin snatched the body of an Israeli Druze teenager from a West Bank hospital, where he had been admitted after a car crash.

His body was returned to relatives days later following intense negotiations aimed at avoiding a major escalation of violence.

Israeli forces have made more than 3,000 arrests across the territory in recent months, the army said this week, following a series of deadly attacks targeting Israelis.

More than 130 Palestinians have been killed so far this year across the West Bank, Israel and the contested city of Jerusalem, the heaviest toll in seven years, according to the UN.