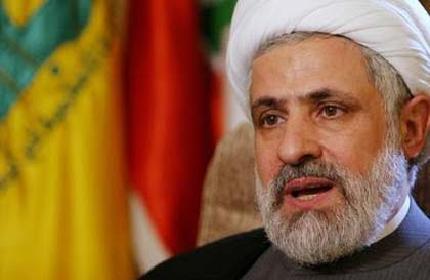 He also emphasized the need to follow up on the “serious investigation in the case,” hoping that the proper measures will be taken against those involved.

Abdul Wahed and Merheb were killed at an army checkpoint in the northern town of Kweikhat on Sunday, sparking a wave of outrage in the North and various regions in Lebanon.

The anger spiraled into clashes in Beirut Tariq al-Jedideh neighborhood between supporters of the Mustaqbal movement and Arab Movement Party that left two dead.

that s why you killed same hanna?
why u baning the army from Da7ye?Baalbeck ,the south?
Cunt

Separation of church/mosque and state is desperately needed, then the clergy can visit each other all they want without it being news to us.

How is that possible if sectarianism is ingrained in the Lebanese psyche?!

I wonder what Qabbani thought of that call. Was it a condolence call or an arrogant call. Hezbollah, arsonist and fireman, killer and condoler.
They know that there are lines in Lebanon that they must push to gain greater control, and they are probing to find out where those lines are where they can push things, but not so far as to crumble the State. But for the Lebanese State, Hezbollah would have no place to go.

This in the North is a show for the Christians that Sunnis are all salafists and the expectation is that they will all run to Aoun/Hezbollah, which of course Hezbollah controls. By abandoning the Sunnis, the additional hope is to break M14 which is the Sunni/Christian alliance. Geagea and Hariri. Hariri is in Paris, away on a death threat and Geagea has been shot at. Now this crap with stirring the sectarian pot.
Only it backfired. The Sunni rose and the Christians watched. Try again King Rat, and then try again. The Lebanese are not falling for this.

It disgusts me that we are seen as Sunnis, Christians, shia.... but unfortunately it's true...We are were the Europeans were 500 years ago...in the dark ages.

How can Qassem support the army when the army's blood is still on Hezbollah's hands?

this is another BS from hizbushaitan. I kill you and I come to your funeral....

You might be true but some evidence would make accusations more valid.

Dressed & looking like his ancestors when it was OK suppress people.

I know this seems like a story line from the "Godfather" movies but lets wait until the investigation is completed before coming to false conclusions.

but where is the support for the army when it is forbidden from entering your areas? or arresting your drug dealers and thieves?