Free Syrian Army: Mafias Kidnapped Lebanese Pilgrims, We Will Risk Our Lives to Free them 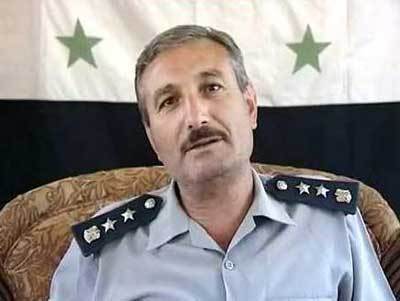 The head of the Free Syrian Army (FSA) Riad al-Asaad condemned on Wednesday the kidnapping of Lebanese pilgrims in Aleppo on Tuesday, revealing that an investigation committee was formed in order to tackle the case, reported the Kuwaiti al-Rai newspaper in an interview to be published Thursday.

He told the newspaper: “Mafias kidnapped the pilgrims and we will risk our life to liberate them.”

He added that the Free Syrian Army has information that the “recently formed financial mafias” are behind the abduction, stressing: “We will play a role in their release.”

“A group of bandits who have taken up base along the border abducted the pilgrims and blamed the Free Syrian Army for it,” he explained.

“The FSA rejects such operations that put people’s lives in jeopardy,” he declared.

“Several sides are exploiting the developments in Syria in order to tarnish our image and that of the revolution,” noted Asaad.

He revealed that the FSA succeeded in determining the location of the captives.

Asked about Hizbullah chief Sayyed Hassan Nasrallah’s intervention to ensure the release of the pilgrims, he remarked: “We demand that Nasrallah distance himself from the Syrian revolution.”

“Our main goal lies in defending the Syrian people and revolt,” he stressed.

The Lebanese were kidnapped as they headed home to Lebanon from a pilgrimage in Iran and the news prompted their families and thousands of supporters to pour out into the streets of Beirut's mainly Shiite southern suburbs to demand their release.

The case has triggered fears of sectarian tensions in Lebanon over the revolt in neighboring Syria.

The news prompted their families and thousands of supporters to pour out into the streets of Beirut's mainly Shiite southern suburbs on Tuesday night to demand their release.

Come to think mafia who's in the "protection" racket and the pure blood, no outriders need apply made men AKA saints.

mowaten souri, how do you know "they kidnapped the pilgrims" based on what credible evidence? SANA? How many times did the Syrians pull a similar stunt in Lebanon, solve a problem they initially created?

we bet you ve been there and know who did it, right? you are still not credible mowaten...

inta ou3a tkhali lal sul7a matra7, you choose to believe ghawar and abu 3antar i.e the regime. I see this as a golden opportunity for hizbala and the FSA to have good relations, all good for the future of the region because this regime will go away sooner or later, be smart.

Why are people still insisting its the FSA. I mean it COULD be them, but they are openly denying and distancing themselves.

Why should they do this? It´s more in their interest to bring the shiites to their side....Obviously.

This is the Syria we need. Syria that stands by us freely. Syrian that risk their lives to protect us not the Assad family that killed us. The syrian people are our brothers and sisters and we need now more than any time before to stand by them until to finish wiping out the assad regime. It's then that we both will live in harmony and peace; Christians, muclims and Druze.

For the sake of the Syrian Opposition, let us hope that Asaad is telling the world the truth of what has happened. Only subsequent events will tell the tale for sure.

hezbollah members are siding with shabbiha to do the dirty jobs... many testimonies relate that even from high ranking officials that escaped syria...

if the syrian regime is behind this kidnapping, those poor people will not make it i m sure. the regime will accuse the salafis or whoever to stir chaos in lebanon!

Yes they are in the fight and this is a golden chance to re-calculate, but the pilgrims were not fighters and the FSA would not be ashamed to say so if they were.

Coming from Lebanon and Turkey into the Syrian territory people have been shot and killed at the borders by the Syrian Army for many months(i.e. Al-Jadeed media-man, Bekaa crossing woman, fishermen in international waters, towns at the borders being harassed and etc..)
Let's cut the BS as we know clearly who is violently shooting left and right as well as storming cities with 155mm missiles.