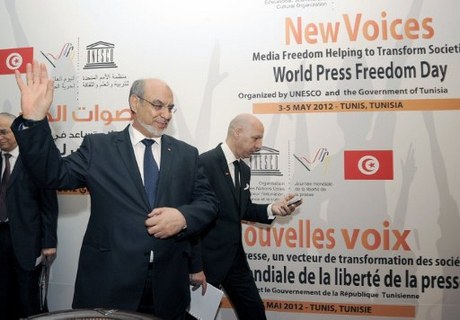 The independent Tunisian authority charged with reforming the media announced on Wednesday that it had shut down after failing to achieve its objective, accusing the Islamist-dominated government of censorship.

"The body does not see the point in continuing its work and announces that it has terminated its work," said Kamel Labidi, who heads the National Body for the Reform of Information and Communication (INRIC).

"The body warns of the gravity of the situation in the realm of information and accuses the government of reverting to forms of censorship and disinformation," Labidi said.

"Since this government came to power, we have noticed the absence of concrete measures to reform the (media) sector," he added.

Labidi highlighted the ruling Ennahda party's failure to take note of an INRIC report in April that warned of the systematic destruction of the media.

Labidi, the organization's director, is himself a journalist who lived in exile during Ben Ali's dictatorship.

INRIC and several human rights organizations have repeatedly criticized the government for lacking the will to take steps to guarantee the independence of the media.

It has cited the failure to implement decrees 115 and 116, which are designed to ensure the protection of journalists and provide the basis for a framework regulating new audio-visual media.

It referred in particular to the dismissal of Sadok Bouaben, director general of state-owned Wataniya TV, and the recent nomination of new directors of public radio.

Bouaben was dismissed, according to media officials, after Wataniya invited a deputy secretary general of Rally for Constitutional Democracy, the now-dissolved ruling party of Ben Ali, on the air.

"In the absence of clear legislation respecting international standards, senior public broadcasting personnel are being appointed in a way reminiscent of the old regime’s methods," RSF said.

In another case that was seen as a key test of media freedom since Beni Ali's ouster, a court in May slapped a small fine on the owner of the private Nessma television station for undermining morality and public order by screening the film "Persepolis," which showed depictions of God.

The U.S. ambassador to Tunis warned that the ruling raised "serious concerns" about tolerance and free speech in the post-revolution era.