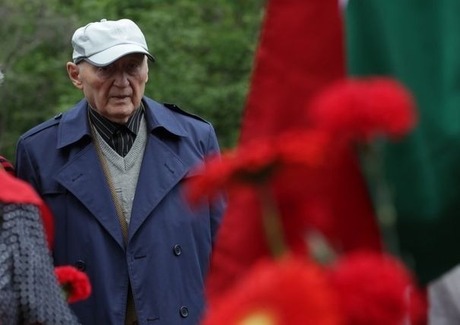 Hungarian prosecutors brought a new charge of "complicity in criminal acts" on Friday against Bela Biszku, a former communist leader under investigation for alleged war crimes in the aftermath of the 1956 anti-Soviet uprising in Budapest.

"In March 1957, at a time when Bela Biszku was interior minister, policemen severely beat three members of the Hungarian Academy of Science who had taken part in the events of 1956," the Prosecution Office in Budapest said in a statement.

"Although he was informed about this incident only a month later... (Biszku) neglected to launch criminal proceedings against the policemen and instead ordered the file to be stored away," it added, describing the charge as "complicity in criminal acts... carried out in the interests of the Communist one-party state."

Biszku was arrested on September 10 for "war crimes" and stands accused of ordering security forces to open fire on crowds in Budapest and Salgotarjan in separate incidents in November and December 1956, during which around 50 people were killed.

The 91 year-old Biszku however denies the charges, for which he could face a life sentence, according to Budapest's chief prosecutor Tibor Ibolya.

In 2011, the conservative government led by Viktor Orban modified a law to enable people suspected of involvement in the reprisals following the 1956 uprising to be tried in court.

Biszku is the first of the 1956 Communist leadership to face a criminal inquiry.

The notorious uprising began after a student demonstration took place on October 23, 1956. By November 4, the uprising had been bloodily suppressed by tanks sent by Moscow.