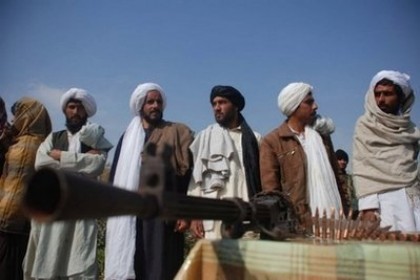 A senior Taliban commander and 24 of his fighters were killed in a battle with Afghan security forces in a northern village which also left five police dead, officials said Thursday.

The commander of the attack was the Taliban shadow governor for the northern province of Faryab where the gunfight took place on Wednesday, according to the officials.

"When we received reports about the incident we sent reinforcements. Twenty-five Taliban including Mullah Yaar Mohammad, their shadow governor for Faryab, were killed," Barez said.

The Taliban are traditionally active in southern and eastern parts of Afghanistan. But in recent years the Islamic militants have infiltrated previously peaceful parts such as the northern provinces.

Barez said the death of the Taliban shadow governor had dealt the insurgents in his region a major blow.

Despite being toppled from government by a U.S.-led invasion in 2001, the Taliban have shadow provincial administrations headed by governors, which tax the population and run their own form of justice, often including executions.

NATO has some 100,000 troops helping the Western-backed government of President Hamid Karzai fight the insurgents, but they are due to leave by the end of 2014.