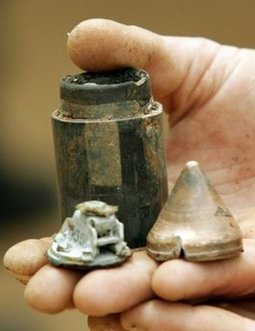 A series of explosions in the Bahraini capital Manama on Monday killed two Asian expatriates and wounded a third, police said in a statement, describing the blasts as "acts of terror."

"There were five explosions from home-made bombs ... Monday morning" in the Gudaibiya and Adliya districts of Manama, the statement said.

The three victims were all Asian expats, it added.

An initial investigation revealed that an "improvised explosive device exploded when one of the deceased men kicked" it, police said. He died at the scene.

A second victim sustained serious injuries from another blast in a separate area of the city and was pronounced dead at the hospital, the statement said.

"A third explosion in Adliya seriously injured a man who works as a cleaner," it said.

Police gave no details of the intended targets of the blasts nor who might be responsible. They also gave no information on the remaining two blasts.

Bahrain's main Shiite opposition group Al-Wefaq condemned the attacks but cautioned that "due to the absence of independent human rights and media parties, it is difficult to clearly determine the truth behind the incidents."

In a statement, Al-Wefaq said it "refuses violence" and "condemns these incidents."

Bahraini police have been targeted in past months in what officials have described as "terrorist acts."

In October, two policemen died after sustaining serious injuries from an IED attack.

In April, an IED exploded in a Shiite village on the outskirts of Manama seriously wounding two other policemen.

Sporadic protests have intensified since a March 2011 crackdown ended a month of protests in central Manama demanding democratic reforms.

According to the International Federation for Human Rights (FIDH), 80 people have died in Bahrain since the start of the violence on February 14 last year.

Bahrain's interior ministry says more than 700 people, including some police officers, have been wounded in the protests since the beginning of 2012.