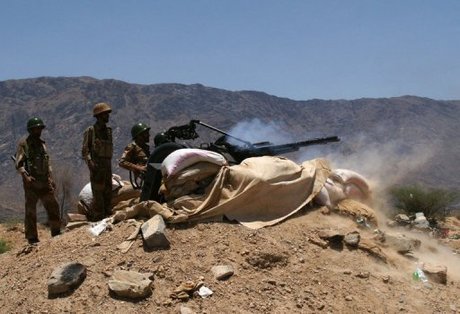 Two aides to a tribal chief with alleged al-Qaida links were killed in a clash with pro-army militiamen in the troubled southern province of Abyan on Saturday, a local militia official said.

"Two aides of (Tareq al-Fadhli) were killed and another man was wounded" when the militiamen fired on Fadhli's house in Abyan's capital Zinjibar, the official said.

On November 5, hundreds of the militiamen, known as the Popular Resistance Committees and who fought alongside the Yemeni army to oust al-Qaida from southern towns last May, surrounded Fadhli's home.

They want the known warlord, who has fought in Afghanistan, to turn himself into the police.

The militiamen threatened to storm the house if he refused to surrender.

The militia official said Saturday that tribal mediators had secured an agreement "for (Fadhli's) departure from Zinjibar" to the nearby southern port city of Aden, but did not specify if he planned to surrender.

Al-Qaida militants took advantage of the weakness of Yemen's central government during an uprising last year against now ousted president Ali Abdullah Saleh to seize large swathes of territory in the south, including Zinjibar and other Abyan towns.