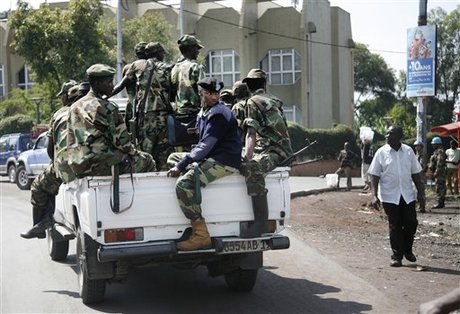 Democratic Republic of Congo army chief General Francois Olenga said Monday he is ready to "counter-attack" if the rebels do not withdraw from the strategic city of Goma by Tuesday.

If the rebels "do not respect" the Tuesday deadline set by regional leaders for their withdrawal from Goma, "we will do our work and restore the state's authority," Olenga told AFP. "The whole Congolese population is against the aggression and that's enough for us, that gives us the morale to counter-attack."