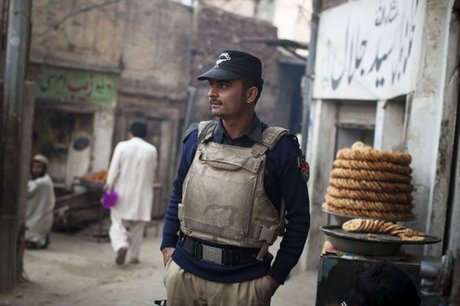 Pakistan's umbrella Taliban faction claimed responsibility on Tuesday for planting a bomb under the car of a prominent journalist and TV anchorman and threatened a second assassination bid.

Hamid Mir, who hosts prime-time show Capital Talk on Geo television and writes a column for the biggest-selling newspaper Jang, was criticized by the Taliban last month in the wake of the shooting of teenage activist Malala Yousafzai.

"Life and death is in the hands of Allah. Allah saved his life but we will make a similar attempt again," Tehreek-e-Taliban spokesman Ehsanullah Ehsan told Agence France Presse by telephone from an unknown location.

Police said the device -- half a kilogram of explosives fitted with a detonator -- was found stuck under his car in Pakistan's capital Islamabad on Monday.

Interior Minister Rehman Malik offered a cash reward of 50 million rupees ($500,000) for anyone with information about who was responsible for the powerful bomb.

Taliban hitmen shot Malala on her school bus in Pakistan's northwestern Swat Valley because she had campaigned for girls' rights to education. The 15-year-old survived.