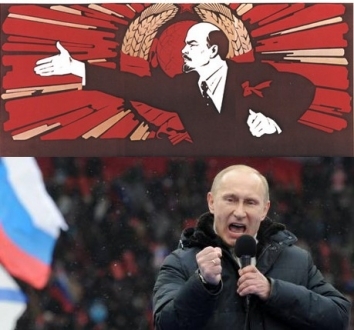 Russia President Vladimir Putin came under criticism from rights activists on Tuesday after he compared Vladimir Lenin's embalmed corpse to the holy relics of Christian saints.

In a Monday speech before a group of supporters, Putin spoke against the idea of removing Lenin's mausoleum from Red Square in Moscow where his corpse is housed.

The remarks provoked sharp criticism by rights activists and NGOs such as Memorial, which works on the preservation of the memory of the victims of Soviet repressions.

"It is an absolutely baseless comparison," said Memorial board member Yan Rachinsky.

"If someone needs these relics, one could build a special 'communist church' somewhere," he said.

Debates on whether to remove or not Lenin's body from the mausoleum constructed in Red Square in 1924 started after the collapse of the Soviet Union in 1991.