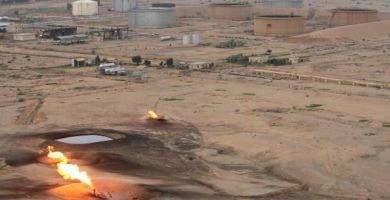 Iraq and Jordan agreed on Monday to extend an oil pipeline to the Red Sea city of Aqaba for the export of Iraqi crude, Prime Minister Nuri al-Maliki said after a fleeting visit to Amman.

"It was agreed to extend an oil pipeline across Jordan to Aqaba to export Iraqi oil and satisfy Jordan's crude requirements," the Iraqi premier told journalists, saying this would "end the transportation of oil using tankers."

The new pipeline would be capable of pumping one million barrels per day, Jordan's official news agency Petra said.

Jordanian Prime Minister Abdullah al-Nsur, who met with Maliki, praised the deal, saying "we need each other, and Jordan is important for Iraq's trade and the export of its oil."

Iraq also agreed to "bring into effect a 2009 agreement to establish a free trade zone between the two countries," and "to increase the capacity of (its) gas pipeline" "to secure Jordan's Iraqi natural gas needs," according to Petra.

Jordan relies on imports for 95 percent of its energy needs. A rise in fuel prices by up to 53 percent in November prompted violent protests in which three people were killed and more than 70 injured.

Oil-rich Arab states in the Gulf last month mulled ways to help Jordan shore up its fuel supplies, after the protests against the king.

Iraq, which sits on the region's third largest oil reserves after Saudi Arabia and Iran at 115 billion barrels, hopes the move will increase and diversify its exports.

Jordan currently imports 10,000 barrels of Iraqi oil per day at well below the global market value, and has recently agreed to increase that amount to 15,000 barrels.

Iraq delivered oil to Jordan for preferential prices under the U.N. oil-for-food program during the rule of slain dictator Saddam Hussein.