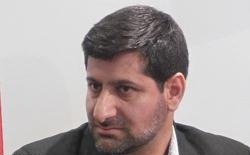 A top aide to President Mahmoud Ahmadinejad who has been jailed since September was replaced on Monday as the head of Iran's state Islamic Republic News Agency (IRNA), it and other media reported.

Ali Akbar Javanfekr, who is being held in Tehran's notorious Evin prison, was succeeded by another Ahmadinejad advisor, Majid Omidi Shahraki, who led the president's Political and Security Affairs office, they said.

Javanfekr was arrested on September 26 -- just as Ahmadinejad was giving a speech in New York at the U.N. General Assembly -- and is serving a six-month jail term in Evin.

He has been convicted of publishing material offensive to Islamic codes and public morality by allowing one of the state newspapers under his control to run articles questioning Iran's strict Islamic dress code for women.

Javanfekr and other Ahmadinejad aides have long been targets for Iran's hardline judges and ultra-conservative lawmakers who see them as attempting to undermine religious principles.

Ahmadinejad became locked in a public row with judiciary chief Ayatollah Sadeq Larijani over getting access to Evin prison. He eventually was able to see Javanfekr last month when the aide was briefly taken to hospital for what reports said was a "heart condition".

The Islamic Republic News Agency (IRNA) has a network of domestic bureaux and several correspondents in other countries.

Omidi Shahraki is the fifth IRNA head to be named since Ahmadinejad took power in 2005.