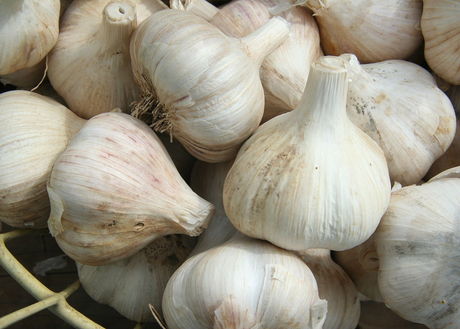 The men first shipped the garlic to Norway by boat, where it entered the country duty-free since it was considered to be in transit, prosecutor Thomas Ahlstrand said Wednesday. They then drove large shipments of garlic across the Norwegian-Swedish border, avoiding customs checks and thus Swedish import duties.

Ahlstrand said the men avoided paying some €10 million ($13.1 million) in Swedish taxes with the scheme, which took place in 2009 and 2010. A lengthy police investigation led to the identification of the two Britons.

Ahlstrand initially said they smuggled in 1.2 tons of garlic, but later said the exact amount was unclear.

It was not the first time smugglers have shown a preference for garlic from China, which accounts for nearly 80 percent of world output and is often significantly cheaper than local varieties.

In 2010, Polish authorities seized six containers with 144 tons of Chinese garlic that had been smuggled into the country via the Netherlands.

It was not immediately clear whether the Polish smuggling was linked to the Swedish case.