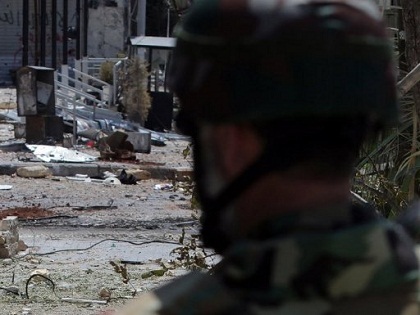 A man identifying himself as a senior foreign intelligence official has announced his defection from the ranks of the Syrian regime of President Bashar Assad in a video statement posted on the Internet.

"I, Jumaa Farraj Jassem, head of Section 30 of the foreign service of the General Intelligence Directorate, announce my defection from this criminal regime, as I join the ranks of this blessed revolution," said the man.

AFP was unable to verify the authenticity of the video, which was posted on Friday.

The regime has been hit by thousands of low and mid-level defections since the Syrian crisis broke out nearly 22 months ago, when peaceful protests against Assad later turned violent amid a deadly regime crackdown on dissent.

Like someone said, now all his sins are forgiven.