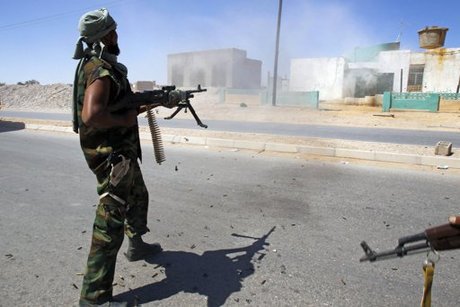 Italy's consul to Benghazi in eastern Libya escaped unscathed after an attack on his bullet-proof car in the city on Saturday, Italian news agency ANSA reported, quoting local security sources.

The car in which the consul, Guido De Sanctis, was travelling was shot at when it stopped at a crossroads, but no one was injured, the report said.

The consul was returning home after work and the car was hit by several bullets, which were reportedly fired from another car and aimed directly at where the consul and his driver were sitting.

The incident comes four months after US Ambassador Chris Stevens and three other Americans were killed in the city in an attack on the U.S. mission there.

Italy is Libya's former colonial ruler and enjoyed close ties with slain dictator Moammar Gadhafi, though it then joined NATO-led efforts to unseat him.

Italy is also the biggest foreign investor in Libya's energy industry and has been trying to build up relations with the new government in recent months.

De Sanctis, 51, has been in Benghazi since the start of the uprising against Gadhafi in February 2011.

He is due to leave for a new posting in Qatar next week.