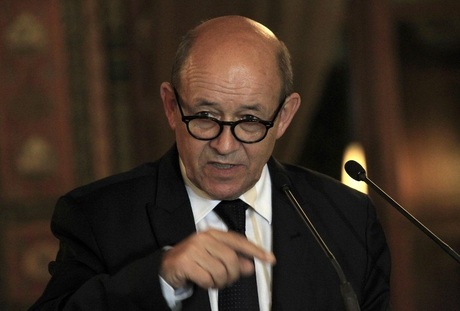 French Defense Minister Jean-Yves Le Drian said Sunday the end goal of France's military action in Mali was to retake control of the whole country from Islamist militants who have seized the north.

"The goal is the total reconquest of Mali. We will not leave any pockets" of resistance, Le Drian said on France 5 television.

"The goal is to ensure that AFISMA, the African force, can take the baton from our own intervention," he said.

Asked if French forces could move as far north as Timbuktu, Le Drian indicated that it was up to African forces to get there first.

"If necessary, the African forces can appeal for support from French forces when they arrive in Timbuktu," he said.

Le Drian also said Malian forces had not yet been able to retake the town of Diabaly, seized nearly a week ago by Islamists and then heavily bombed by French planes.

"At this moment the city of Diabaly has not yet been retaken by Malian forces," he said, adding, the situation there should improve "in the hours to come".

"The Malian army with the support of French ground forces are approaching Diabaly," the minister said.